Return to My birds 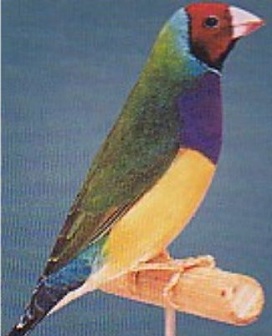 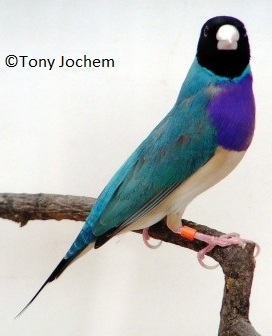 Food: During the rainy season they eat seeds of various grasses. In times of drought they try to survive on meagre supplies of the annual grass called sorghum, which they find in the desert. They also eat termites, especially when they have young.

Very friendly little birds which together search for food and water and also roost together. They breed in colonies.

Regarding the Gouldian Finches, it should be noted that there are three subspecies, which the older literature referred to as Chloebia gouldiae, Chloebia mirabilis and Chloebia armitinia. In other words, they used to be classified as three different species of the genus Chloebia. At a later stage, however, a re-classification was introduced, as a result of which these names were abolished.

After the latest review (2003), the Checklist now includes these birds as one species, called Erythrura gouldiae. Moreover, all three naturally occur as such, in other words, one is not dealing with mutants resulting from breeders’ activities. Therefore it makes sense to consider them as true subspecies and this is reflected in their new names, where the subspecies names derive from the colour of the head:

Mutations, like the blue gouldian finch on the picture are not taxonomic classified. 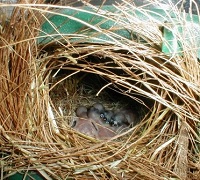 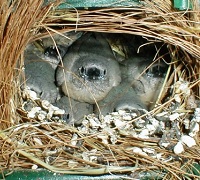 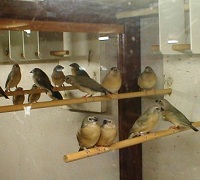